DISCOVER THE CRETE THAT WE KNOW!

“Out in the dark blue sea there lies a land called Crete, a rich and lovely land, washed by the waves on every side, densely peopled and boasting ninety cities. Each of the several races of the island has its own language. First there are the Achaeans; then the native Cretans, proud of their native stock; next the Kydonians…”Homer, the OdysseyCrete, often called Creta, Kreta or Kriti (a term, more common among its residents) is the largest Greek island and one of the largest, in the Mediterranean sea. Found on the southernmost tip of Greece, it has the priviledge of being the “crossroad” of 3 continents, connecting Europe, Africa and Asia.Since the early ages, Crete has known prosperity and recognition, giving birth to the first civilization in Europe. The Minoans. In the recent years, Crete has preserved its unique culture, where local tradition holds an important part, incorporating it with grace in the modern way of living.Four counties distinct for their own traditions constitute the island of Crete; Chania, Rethymno, Heraklion and Ag. Nikolaos (St. Nikolas). Chania, the jewel of West Crete, is the second largest county of Crete, found on the Western part of the island. Its remarkable Venetian architecture, the dominant element of the old town of Chania, along with the numerous archaeological sites, stand a gate to the past, linking the rich history of the place to the present. An amalgamation of history and culture, that nature embraces with tenderness. An excitingly beautiful nature of sky-high mountains, evergreen hills, breathtaking gorges, timeless olive orchards and endless shores shining gold under the brightest sun. All these qualities together have elevated Chania to a  world famous visitors’ destination.To get to know any part of Crete in all its glory and beauty, someone should ask for the help of the locals, or simply pick up any trail, allowing oneself to get lost only to discover another of Crete’s countless traditional villages, or a well-hidden “mystical” cove.Through this small guide, we are attempting to take you on a small tour around West Crete, introducing you to the Crete that we have come to meet.

Elafonisi is one of the top destinations you will be […] 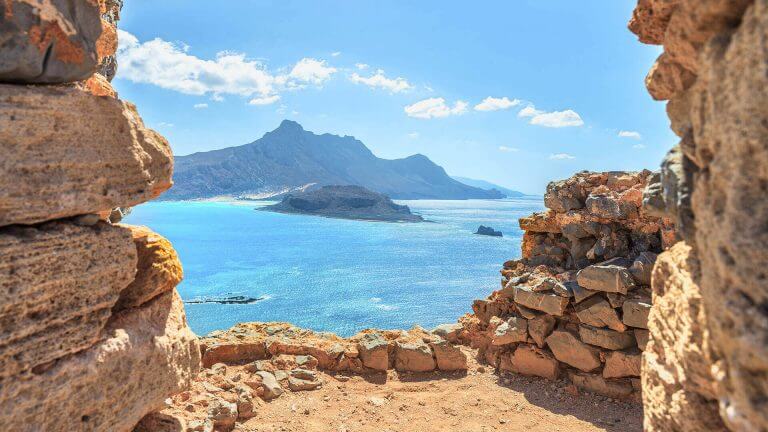 At the Northwest end of Crete there is a wild […]